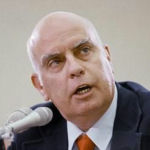 Why Is Roger Boisjoly Influential?

According to Wikipedia, Roger Mark Boisjoly was an American mechanical engineer, fluid dynamicist, and an aerodynamicist. He is best known for having raised strenuous objections to the launch of the Space Shuttle Challenger months before the loss of the spacecraft and its crew in January 1986. Boisjoly correctly predicted, based on earlier flight data, that the O-rings on the rocket boosters would fail if the shuttle launched in cold weather. Morton Thiokol's managers decided to launch the shuttle despite his warnings. He was considered a high-profile whistleblower.

Other Resources About Roger Boisjoly

What Schools Are Affiliated With Roger Boisjoly?

Roger Boisjoly is affiliated with the following schools: