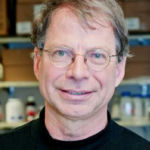 Why Is Roger Brent Influential?

According to Wikipedia, Roger Brent is an American biologist known for his work on gene regulation and systems biology. He studies the quantitative behaviors of cell signaling systems and the origins and consequences of variation in them. He is Full Member in the Division of Basic Sciences at the Fred Hutchinson Cancer Research Center and an Affiliate Professor of Genome Sciences at the University of Washington.

Other Resources About Roger Brent

What Schools Are Affiliated With Roger Brent?

Roger Brent is affiliated with the following schools: