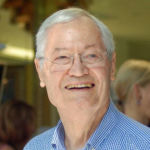 Why Is Roger Corman Influential?

According to Wikipedia, Roger William Corman is an American film director, producer, and actor. He has been called "The Pope of Pop Cinema" and is known as a trailblazer in the world of independent film. Many of Corman's films are based on works that have an already-established critical reputation, such as his cycle of low-budget cult films adapted from the tales of Edgar Allan Poe.

Other Resources About Roger Corman

What Schools Are Affiliated With Roger Corman?

Roger Corman is affiliated with the following schools: