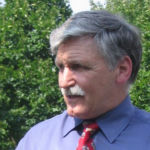 Why Is Roméo Dallaire Influential?

According to Wikipedia, Roméo Antonius Dallaire, is a Canadian humanitarian, author, retired senator and Canadian Forces lieutenant-general. Dallaire served as force commander of UNAMIR, the ill-fated United Nations peacekeeping force for Rwanda between 1993 and 1994, and attempted to stop the genocide that was being waged by Hutu extremists against the Tutsi people and Hutu moderates.

Other Resources About Roméo Dallaire

What Are Roméo Dallaire's Academic Contributions?

Roméo Dallaire has made the following academic contributions: