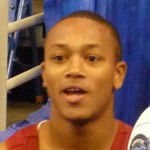 Why Is Romeo Miller Influential?

According to Wikipedia, Percy Romeo Miller , also known by his stage name Romeo , is an American rapper, actor, and television personality. He gained fame as a rapper in the early 2000s after signing with No Limit Records, then owned by his father, Master P. He soon released his debut single "My Baby" in 2001 which peaked at number 3 on the Billboard Hot 100. Later the same year, Miller released his debut album Lil' Romeo, which charted the US Billboard 200 at number six selling 99,000 copies in its first week and went on to be certified Gold.

Other Resources About Romeo Miller