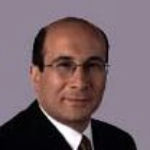 Why Is Ron Insana Influential?

According to Wikipedia, Ronald G. Insana is an American finance reporter, author and former hedge fund manager. He presents the Market Score Board Report with Ron Insana radio show, syndicated by Compass, and is a senior analyst and commentator at CNBC. Insana was the Managing Director of Insana Capital Partners from inception to dissolution. He was the anchor of CNBC's Street Signs, which aired on weekdays during stock market hours. Until December 5, 2003, he and Sue Herera co-anchored CNBC's then flagship nightly financial news program, Business Center.

Other Resources About Ron Insana

What Schools Are Affiliated With Ron Insana?

Ron Insana is affiliated with the following schools: