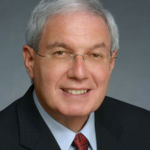 Why Is Ronald Kessler Influential?

According to Wikipedia, Ronald Borek Kessler is an American journalist and author of 21 non-fiction books about the White House, U.S. Secret Service, FBI, and CIA. Personal life Kessler was born in New York City to Dr. Ernest Borek and Minuetta Shumiatcher Borek, and grew up in Belmont, Massachusetts. After his parents got divorced and his mother remarried he adopted his step-father's last name. His father was born in Hungary and his mother was born in Russia. He attended Clark University in Worcester, Massachusetts from 1962 to 1964 before embarking on a career in journalism. Kessler is married and has two children.

Other Resources About Ronald Kessler

What Schools Are Affiliated With Ronald Kessler?

Ronald Kessler is affiliated with the following schools:

What Are Ronald Kessler's Academic Contributions?

Ronald Kessler has made the following academic contributions: