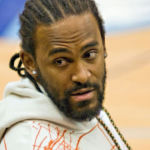 Why Is Ronny Turiaf Influential?

According to Wikipedia, Ronny Turiaf is a French former professional basketball player who played 10 seasons in the National Basketball Association . Turiaf grew up in France and played college basketball for the Gonzaga Bulldogs in the United States, where he led the West Coast Conference in scoring in his senior year. After graduating from Gonzaga, he entered the 2005 NBA draft and was picked by the Los Angeles Lakers. He later played for the Golden State Warriors, New York Knicks, Washington Wizards, Miami Heat, Los Angeles Clippers and Minnesota Timberwolves. Turiaf won an NBA championship with Miami in 2012. He was also a member of the French national team.

Other Resources About Ronny Turiaf

What Schools Are Affiliated With Ronny Turiaf?

Ronny Turiaf is affiliated with the following schools: