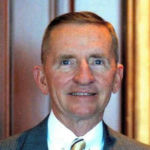 Why Is Ross Perot Influential?

According to Wikipedia, Henry Ross Perot was an American business magnate, billionaire, politician and philanthropist. He was the founder and chief executive officer of Electronic Data Systems and Perot Systems. He ran an independent campaign in the 1992 U.S. presidential election and a third-party campaign in the 1996 U.S. presidential election as the nominee of the Reform Party, which was formed by grassroots supporters of Perot's 1992 campaign. Although he failed to carry a single state in either election, both campaigns were among the strongest presidential showings by a third party or independent candidate in U.S. history.

Other Resources About Ross Perot

What Schools Are Affiliated With Ross Perot?

Ross Perot is affiliated with the following schools: