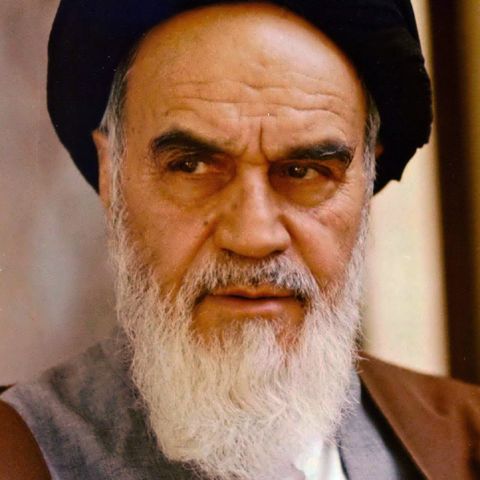 Sayyid Ruhollah Musavi Khomeini , also known as Ayatollah Khomeini, was an Iranian political and religious leader. He was the founder of the Islamic Republic of Iran and the leader of the 1979 Iranian Revolution, which saw the overthrow of the last Shah of Iran, Mohammad Reza Pahlavi, and the end of the Persian monarchy. Following the revolution, Khomeini became the country's Supreme Leader, a position created in the constitution of the Islamic Republic as the highest-ranking political and religious authority of the nation, which he held until his death. Most of his period in power was taken up by the Iran–Iraq War of 1980–1988. He was succeeded by Ali Khamenei on 4 June 1989.