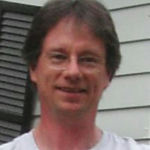 Why Is Russ Nelson Influential?

According to Wikipedia, Russell Nelson is an American computer programmer. He was a founding board member of the Open Source Initiative and briefly served as its president in 2005. Career Nelson wrote code for some programs: In 1983, he co-wrote a MacPaint clone, Painter's Apprentice, with Patrick Naughton. Nelson was the author of Freemacs . While attending university, Nelson began developing the collection of drivers later commercially released as the "Crynwr Collection". In 1991, Nelson founded Crynwr Software, a company located in Potsdam, New York, supporting deployment of large-scale e-mail systems, development of packet drivers, Linux kernel drivers, and reverse engineering of embedded systems.

Other Resources About Russ Nelson

What Schools Are Affiliated With Russ Nelson?

Russ Nelson is affiliated with the following schools: