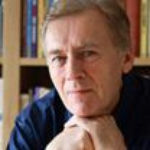 Why Is Russell Ash Influential?

According to Wikipedia, Russell Ash was the British author of the Top 10 of Everything series of books, as well as Great Wonders of the World, Incredible Comparisons and many other reference, art and humour titles, most notably his series of books on strange-but-true names, Potty, Fartwell & Knob, Busty, Slag and Nob End and Big Pants, Burpy and Bumface. Once described as 'the human Google', his obituary in The Times stated that 'In the age of the internet, it takes tenacity and idiosyncratic intelligence to make a living from purveying trivial information. Russell Ash did just that'.

Other Resources About Russell Ash

What Schools Are Affiliated With Russell Ash?

Russell Ash is affiliated with the following schools: