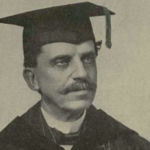 Why Is Russell Conwell Influential?

According to Wikipedia, Russell Herman Conwell was an American Baptist minister, orator, philanthropist, lawyer, and writer. He is best remembered as the founder and first president of Temple University in Philadelphia, as the Pastor of The Baptist Temple, and for his inspirational lecture, "Acres of Diamonds". He was born in South Worthington, Massachusetts.

Other Resources About Russell Conwell

What Schools Are Affiliated With Russell Conwell?

Russell Conwell is affiliated with the following schools: