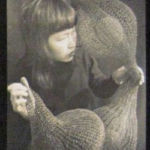 Why Is Ruth Asawa Influential?

According to Wikipedia, Ruth Aiko Asawa was an American modernist sculptor. Her work is featured in collections at the Solomon R. Guggenheim Museum and the Whitney Museum of American Art in New York City. Fifteen of Asawa's wire sculptures are on permanent display in the tower of San Francisco's de Young Museum in Golden Gate Park, and several of her fountains are located in public places in San Francisco. She was an arts education advocate and the driving force behind the creation of the San Francisco School of the Arts, which was renamed the Ruth Asawa San Francisco School of the Arts in 2010. In 2020, the U.S. Postal Service honored her work by producing a series of ten stamps that commemorate her well-known wire sculptures.

Other Resources About Ruth Asawa

What Schools Are Affiliated With Ruth Asawa?

Ruth Asawa is affiliated with the following schools: