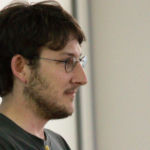 Why Is Ryan Dahl Influential?

According to Wikipedia, Ryan Dahl is an American software engineer who is best known for creating the Node.js JavaScript runtime as well as the Deno JavaScript/TypeScript runtime. Biography Dahl grew up in San Diego, California. His mother got him an Apple IIc when he was six years old, one of his first experiences with technology. Ryan attended a community college in San Diego and later transferred into UC San Diego where he studied mathematics. He went on to attend grad school for Mathematics at the University of Rochester where he studied algebraic topology, which he found "very abstract and beautiful" for a couple of years but later got bored of it because "it was not so applicable to real life".

Other Resources About Ryan Dahl

What Schools Are Affiliated With Ryan Dahl?

Ryan Dahl is affiliated with the following schools: