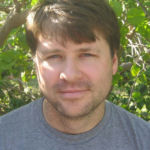 Why Is Ryan Grim Influential?

According to Wikipedia, Ryan W. Grim is an American author and journalist. Grim was Washington, D.C. bureau chief for HuffPost and is the Washington, D.C. bureau chief for The Intercept. He is also a political commentator for The Young Turks and appears frequently on The Majority Report with Sam Seder. His writings have appeared in several publications, including Rolling Stone, The Washington Post, and Politico. He is the author of This Is Your Country on Drugs and We've Got People. He cofounded Strong Arm Press, an independent progressive publishing house. He has been a co-host of The Hill Rising since June 1, 2021, after previously being a frequent guest.

Other Resources About Ryan Grim

What Schools Are Affiliated With Ryan Grim?

Ryan Grim is affiliated with the following schools: