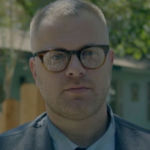 Why Is Ryan Hampton Influential?

According to Wikipedia, Ryan Hampton is a writer and American political activist. He is known for his books about opioid addiction. American Fix In August 2018, Hampton published his first book, "American Fix: Inside the Opioid Addiction Crisis-and How to End It" - cowritten with Claire Rudy Foster, published by St. Martin's Press/Macmillan Publishing. In American Fix, Hampton writes with candor about his experiences with what he calls a broken treatment system and outlines a political agenda for combatting the nation's addiction crisis.

Other Resources About Ryan Hampton

What Schools Are Affiliated With Ryan Hampton ?

Ryan Hampton is affiliated with the following schools: