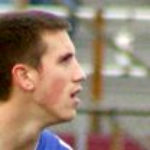 Why Is Ryan Pore Influential?

According to Wikipedia, Ryan Pore is an American former professional soccer player and the current head men's soccer coach of he Kansas City Roos men's soccer team at the University of Missouri–Kansas City. Career Youth and College Pore attended Madison Comprehensive High School in Mansfield, Ohio and holds the Ohio High School Athletic Association record for most goals scored in a season and school record in basketball for career scoring. He then went on to play college soccer at the University of Tulsa, where in 2004 he was a finalist for the Hermann Trophy and was awarded Soccer America Player of the Year.

Other Resources About Ryan Pore

What Schools Are Affiliated With Ryan Pore?

Ryan Pore is affiliated with the following schools: