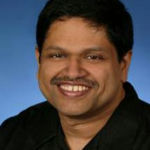 Why Is S. Somasegar Influential?

According to Wikipedia, Sivaramakrishnan Somasegar is an Indian-American technology business executive in the Greater Seattle Area. He is a Managing Director at Madrona Venture Group, a venture capital firm based in Seattle. Somasegar joined Madrona in November 2015 after a 27-year career at Microsoft, where he most recently was corporate vice president of the developer division and overseeing the global distributed R&D centers at Microsoft.

Other Resources About S. Somasegar

What Schools Are Affiliated With S. Somasegar?

S. Somasegar is affiliated with the following schools: