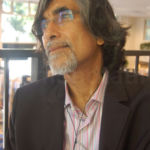 Why Is Safi Qureshey Influential?

According to Wikipedia, Safi Urrehman Qureshey is a Pakistani-American entrepreneur. He was the co-founder and CEO of AST Research, Inc., a personal computer manufacturer acquired by Samsung Electronics in 1997. Qureshey is involved with several start-up technology companies as an advisor, board member and seed investor. Qureshey currently serves as regent's professor at the University of California, Irvine's Graduate School of Management, and also actively supports U.C. Irvine's Bonney Center for Neurobiology of Learning and Memory. Qureshey graduated from The University of Texas at Arlington in 1975 as a Computer Science Major. In 2000, he created the eponymous "Safi Qureshey Foundation" to provide "a conduit of support for socially and economically underserved children and adults to build better and more secure futures".

Other Resources About Safi Qureshey

What Schools Are Affiliated With Safi Qureshey?

Safi Qureshey is affiliated with the following schools: