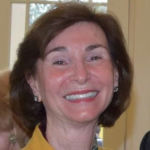 Why Is Sally Clausen Influential?

According to Wikipedia, Sally Clausen is executive director of the Ingram Center for Public Trusteeship and Governance, an affiliate of the American Association of Governing Boards of Universities and Colleges. She earlier, in 2010, retired as Louisiana's commissioner of public higher education, a post she had held for one year relinquishing the presidency of the University of Louisiana System. Previously she served as the first female president of Southeastern Louisiana University in Hammond.

Other Resources About Sally Clausen

What Schools Are Affiliated With Sally Clausen?

Sally Clausen is affiliated with the following schools: