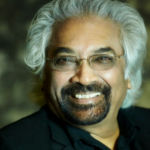 Why Is Sam Pitroda Influential?

According to Wikipedia, Satyan "Sam" Pitroda is an Indian telecommunication engineer, inventor and entrepreneur. He was born in Titlagarh in the eastern Indian state of Odisha to a Gujarati family. He is popularly known as the Father of India's Computer and IT Revolution as he helped Prime Minister Rajiv Gandhi in bringing computerization as an advisor to the PM. He was also an advisor to the PM during Dr. Manmohan Singh's tenure.

Other Resources About Sam Pitroda

What Schools Are Affiliated With Sam Pitroda?

Sam Pitroda is affiliated with the following schools: