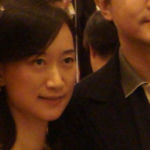 Why Is Samson Tam Influential?

According to Wikipedia, Samson Tam Wai-ho, JP was an elected member of the Legislative Council of Hong Kong from 2008 to 2012. He is the chairman and one of the founders of Group Sense Limited, the manufacturer of "Instant-Dict" Chinese-English electronic dictionary. He graduated from Chinese University of Hong Kong with a BSc degree. Afterwards he was awarded a PhD degree by Hong Kong Polytechnic University. He received "The Young Industrialist Award of Hong Kong" in 1992 and was named one of the “Ten Outstanding Young Persons” in 1997. He is also the president of Kitchee SC.

Other Resources About Samson Tam

What Schools Are Affiliated With Samson Tam?

Samson Tam is affiliated with the following schools: