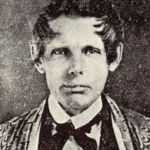 Why Is Samuel Worcester Influential?

According to Wikipedia, Samuel Austin Worcester , was an American missionary to the Cherokee, translator of the Bible, printer, and defender of the Cherokee sovereignty. He collaborated with Elias Boudinot in Georgia to establish the Cherokee Phoenix, the first Native American newspaper, which was printed in both English and the Cherokee syllabary. The Cherokee gave Worcester the honorary name A-tse-nu-sti, which translates to "messenger" in English.

Other Resources About Samuel Worcester

What Schools Are Affiliated With Samuel Worcester?

Samuel Worcester is affiliated with the following schools: