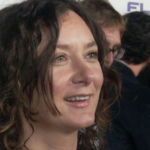 Why Is Sara Gilbert Influential?

According to Wikipedia, Sara Gilbert is an American actress, director, and producer known for her role as Darlene Conner on the ABC sitcom Roseanne , for which she received two Primetime Emmy Award nominations, and its spin-off, The Conners . She is also creator and former co-host of the CBS daytime talk show The Talk and had a recurring role as Leslie Winkle on CBS's The Big Bang Theory.

Other Resources About Sara Gilbert

What Schools Are Affiliated With Sara Gilbert?

Sara Gilbert is affiliated with the following schools: