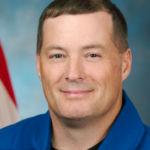 Why Is Scott D. Tingle Influential?

According to Wikipedia, Scott David Tingle is a NASA astronaut. He was selected in June 2009 as a member of the NASA Astronaut Group 20, qualifying in 2011. Serving as a flight engineer as part of Expedition 54 and 55, Tingle launched into space on board Soyuz MS-07 in December 2017, and returned in June 2018. Tingle is a highly decorated naval pilot, having flown 51 types of aircraft over more than 4,500 flight hours, landed 750 aircraft with carrier arrestments, and fought in 54 combat missions.

Other Resources About Scott D. Tingle

What Schools Are Affiliated With Scott D. Tingle?

Scott D. Tingle is affiliated with the following schools: