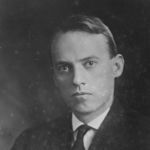 Why Is Scott Nearing Influential?

According to Wikipedia, Scott Nearing was an American radical economist, educator, writer, political activist, pacifist, vegetarian and advocate of simple living. Biography Early years Nearing was born in Morris Run, Tioga County, Pennsylvania, the heart of the state's coal country. Nearing's grandfather, Winfield Scott Nearing, had arrived in Tioga County with his family in 1864, at the age of 35, when he accepted a job as a civil and mining engineer. Before the end of the year he had assumed full control of mining operations as the superintendent of the Morris Run Coal Company, a position of authority which he held for the remainder of his working life. An intense, driven man, Scott Nearing's grandfather studied science and nature, practiced gardening and carpentry, and regularly received crates of books from New York City, amassing a large personal library. In his memoirs written late in his life, Scott Nearing would recall his grandfather as one of the four most influential figures in his life. Nearing's upbringing was that of a young bourgeois, his mother employing a part-time tutor and two Polish servants to clean the gleaming white house atop a hill overlooking the town. Scott's brother recalled that the citizens of Morris Run had treated the handsome and intelligent Scott "the way they would treat the heir to the nobleman. ... They all treated him with awe."

Other Resources About Scott Nearing