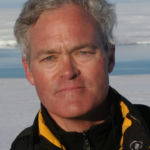 Why Is Scott Pelley Influential?

According to Wikipedia, Scott Cameron Pelley is an American journalist and author who has been a correspondent and anchor for CBS News for more than 31 years. Pelley is the author of the 2019 book, Truth Worth Telling, and a correspondent for the CBS News magazine 60 Minutes. Pelley served as anchor and managing editor of the CBS Evening News from 2011 to 2017, a period in which the broadcast added more than a million and a half viewers, achieving its highest ratings in more than a decade. Pelley served as CBS News’s chief White House correspondent from 1997 to 1999.

Other Resources About Scott Pelley

What Schools Are Affiliated With Scott Pelley?

Scott Pelley is affiliated with the following schools: