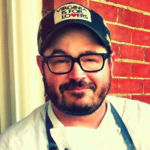 Why Is Sean Brock Influential?

According to Wikipedia, Sean Brock is an American chef specializing in Southern cuisine. Early life and education Brock is originally from Pound in rural southwest Virginia. His father, who owned a trucking fleet that hauled coal, died when Brock was 11, resulting in the family becoming impoverished. He started working on the line at age 16. Brock graduated from culinary school at Johnson & Wales University in 2000.

Other Resources About Sean Brock

What Schools Are Affiliated With Sean Brock?

Sean Brock is affiliated with the following schools: