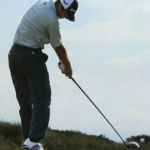 Why Is Sean O'Hair Influential?

According to Wikipedia, Sean M. O'Hair is an American professional golfer who plays on the PGA Tour. Early life O'Hair was born in Lubbock, Texas. Rather than play college golf, O'Hair turned professional in 1999 after his junior year at high school at Brophy College Preparatory in Phoenix, Arizona, under the direction of his father, Marc O'Hair, who sold his share of the family shutter business in Lubbock for $2.75 million to develop Sean into a touring pro. The elder O'Hair moved the family to Florida and enrolled Sean in the David Leadbetter Golf Academy.

Other Resources About Sean O'Hair