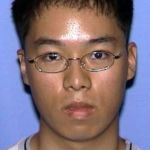 Why Is Seung-Hui Cho Influential?

According to Wikipedia, Seung-Hui Cho was a Korean-born mass murderer responsible for the Virginia Tech shooting in 2007. Cho killed 32 people and wounded 17 others with two semi-automatic pistols on April 16, 2007, at Virginia Tech in Blacksburg, Virginia. This killing is the deadliest school shooting in US history, and was at the time the deadliest one-man shooting rampage in modern US history and deadliest mass shooting in US history. A senior-level undergraduate student at the university, Cho died by suicide after police breached the doors of Virginia Tech's Norris Hall which Cho had locked with heavy chains, where most of the shooting had taken place.

Other Resources About Seung-Hui Cho

What Schools Are Affiliated With Seung-Hui Cho?

Seung-Hui Cho is affiliated with the following schools: