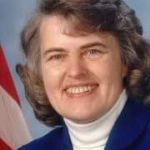 Why Is Shannon Lucid Influential?

According to Wikipedia, Shannon Matilda Wells Lucid is an American biochemist and retired NASA astronaut. At one time, she held the record for the longest duration stay in space by an American, as well as by a woman. She has flown in space five times including a prolonged mission aboard the Mir space station in 1996; she is the only American woman to have served aboard Mir. In 2002, Discover magazine recognized Lucid as one of the 50 most important women in science.

Other Resources About Shannon Lucid

What Schools Are Affiliated With Shannon Lucid?

Shannon Lucid is affiliated with the following schools: