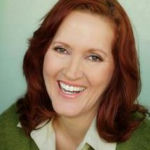 Why Is Sharon Jordan Influential?

According to Wikipedia, Sharon Jordan is an American actress. One of her notable roles is Irene the Concierge in the Disney Channel sitcom The Suite Life of Zack & Cody. Jordan also appeared as Irene in That's So Suite Life of Hannah Montana, the first Disney crossover special with the three shows, The Suite Life of Zack & Cody, Hannah Montana, and That's So Raven. In addition, Jordan has co-starred on several independent films including Day in the Life of Doe, Rift, I.D., Dead End Falls, Blind, and Some Sunny Day.

Other Resources About Sharon Jordan

What Schools Are Affiliated With Sharon Jordan?

Sharon Jordan is affiliated with the following schools: