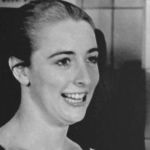 Why Is Sharon Stouder Influential?

According to Wikipedia, Sharon Marie Stouder , also known by her married name Sharon Stouder Clark, was an American competition swimmer, three-time Olympic champion, and former world record-holder in four events. As a 15-year-old, she won three gold medals and one silver at the 1964 Summer Olympics in Tokyo, Japan. She won the women's 100-meter butterfly, and was a member of the winning U.S. teams in the women's 4×100-meter freestyle relay and the women's 4×100-meter medley relay. She also took second place in the women's 100-meter freestyle, finishing behind Australian Dawn Fraser, for a total of four medals.

Other Resources About Sharon Stouder

What Schools Are Affiliated With Sharon Stouder?

Sharon Stouder is affiliated with the following schools: