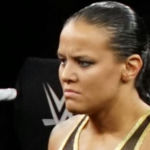 Why Is Shayna Baszler Influential?

According to Wikipedia, Shayna Andrea Baszler is an American professional wrestler and former mixed martial artist. She is currently signed to WWE, where she performs on the SmackDown brand. Baszler is a former two-time and longest combined-reigning NXT Women's Champion and a two-time WWE Women's Tag Team Champion with Nia Jax.

Other Resources About Shayna Baszler

What Schools Are Affiliated With Shayna Baszler?

Shayna Baszler is affiliated with the following schools: