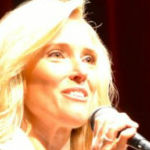 Why Is Shelli Yoder Influential?

According to Wikipedia, Shelli Renee Yoder is an American politician serving in the Indiana Senate for Monroe County, Indiana from the 40th District. A former Miss Indiana and a Miss America 1993 contestant, Yoder has held positions at a number of nonprofit organizations. She was the Democratic nominee for the United States House of Representatives in Indiana's 9th congressional district in 2012 and 2016. However, she was defeated both times by Republicans: first by Todd Young and then by Trey Hollingsworth. In June 2020, she won the Democratic primary for Indiana state senate district 40. She was elected on November 3, 2020. She was sworn in on November 17, 2020.

Other Resources About Shelli Yoder

What Schools Are Affiliated With Shelli Yoder?

Shelli Yoder is affiliated with the following schools: