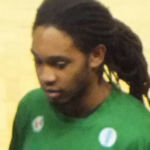 Why Is Sherwood Brown Influential?

According to Wikipedia, Sherwood Terrell Brown is an American professional basketball player who currently plays for Montreal Alliance of the Canadian Elite Basketball League. From 2009 to 2013, he played college basketball at Florida Gulf Coast University in Fort Myers, Florida. Brown was named the Atlantic Sun Conference Player of the Year in 2013 as a senior.

Other Resources About Sherwood Brown

What Schools Are Affiliated With Sherwood Brown?

Sherwood Brown is affiliated with the following schools: