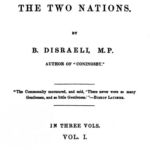 Why Is Shirley Ardell Mason Influential?

According to Wikipedia, Shirley Ardell Mason was an American art teacher who was reputed to have dissociative identity disorder . Her life was purportedly described, with adaptations to protect her anonymity, in 1973 in the book Sybil, subtitled The True Story of a Woman Possessed by 16 Separate Personalities. Two films of the same name were made, one released in 1976 and the other in 2007. Both the book and the films used the name Sybil Isabel Dorsett to protect Mason's identity, though the 2007 remake stated Mason's name at its conclusion.

Other Resources About Shirley Ardell Mason

What Schools Are Affiliated With Shirley Ardell Mason?

Shirley Ardell Mason is affiliated with the following schools: