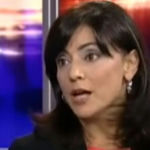 Why Is Sibel Edmonds Influential?

According to Wikipedia, Sibel Deniz Edmonds is a former contract translator for the Federal Bureau of Investigation and the founder and editor-in-chief of the independent news website NewsBud. The FBI hired her as a translator shortly after 9/11 but fired her after less than seven months. She identified herself as a whistleblower and challenged her termination; however, the courts dismissed her lawsuit for wrongful termination because the FBI would need to disclose privileged information. She accused a colleague of covering up illicit activity involving Turkish nationals, alleged serious security breaches and cover-ups and that intelligence had been deliberately suppressed, endangering national security. Following her accusations, the US attorney-general imposed a state secrets privilege order on her, which prevents her from revealing more information about the FBI. The PEN American Center awarded her the PEN/Newman's Own First Amendment Award in 2006 for her claims. She published a memoir in March 2012, titled Classified Woman – The Sibel Edmonds Story.

Other Resources About Sibel Edmonds

What Schools Are Affiliated With Sibel Edmonds?

Sibel Edmonds is affiliated with the following schools: