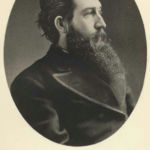 Why Is Sidney Lanier Influential?

According to Wikipedia, Sidney Clopton Lanier was an American musician, poet and author. He served in the Confederate States Army as a private, worked on a blockade-running ship for which he was imprisoned , taught, worked at a hotel where he gave musical performances, was a church organist, and worked as a lawyer. As a poet he sometimes, though not exclusively, used dialects. Many of his poems are written in heightened, but often archaic, American English. He became a flautist and sold poems to publications. He eventually became a professor of literature at the Johns Hopkins University in Baltimore, and is known for his adaptation of musical meter to poetry. Many schools, other structures and two lakes are named for him, and he became hailed in the South as the "poet of the Confederacy". A 1972 US postage stamp honored him as an "American poet".

Other Resources About Sidney Lanier

What Schools Are Affiliated With Sidney Lanier?

Sidney Lanier is affiliated with the following schools: