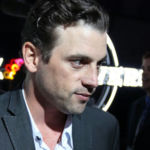 Why Is Skeet Ulrich Influential?

According to Wikipedia, Skeet Ulrich is an American actor. He is best known for his roles in popular 1990s films, including Billy Loomis in Scream and Scream , Chris Hooker in The Craft and Vincent Lopiano in As Good as It Gets . Since 2017, he has starred as Forsythe Pendleton "F.P." Jones II on The CW's Riverdale. His other television roles include Johnston Jacob "Jake" Green Jr. in the television series Jericho, and LAPD Detective Rex Winters, a Marine veteran from the Law & Order franchise.

Other Resources About Skeet Ulrich

What Schools Are Affiliated With Skeet Ulrich?

Skeet Ulrich is affiliated with the following schools: