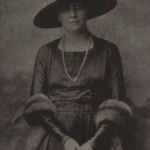 Why Is Sophie Kerr Influential?

According to Wikipedia, Sophie Kerr was a prolific writer of the early 20th century whose stories about smart, ambitious women mirrored her own evolution from small-town girl to successful career woman. At a time when few women were financially self-sufficient, Kerr made her way from Maryland’s Eastern Shore to New York City, where she supported herself as a magazine editor and a writer of more than 500 short stories, 23 novels, several poems and a play that ran on Broadway.

Other Resources About Sophie Kerr

What Schools Are Affiliated With Sophie Kerr?

Sophie Kerr is affiliated with the following schools: