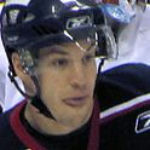 Why Is Spencer Carbery Influential?

According to Wikipedia, Spencer Carbery is a Canadian former professional ice hockey left winger and is an assistant coach with the Toronto Maple Leafs. Playing career Born in Victoria, British Columbia, Carbery started his Junior Career with the Peninsula Panthers in the Vancouver Island Junior Hockey League in the 1999/00 season. He was a key factor in the Club going to the League finals and put up 34 goals, 42 assists and 76 points to become the leading Rookie Scorer in the Panthers franchise history. The record stood until being broken by Payton Braun in the 2021/22 season. Carbery played junior hockey with the Cowichan Valley Capitals of the British Columbia Hockey League for the 2000–01 season, scoring a combined 58 points in goals and assists during regular season play.

Other Resources About Spencer Carbery

What Schools Are Affiliated With Spencer Carbery?

Spencer Carbery is affiliated with the following schools: