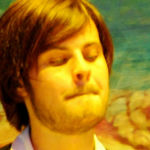 Why Is Spencer Smith Influential?

According to Wikipedia, Spencer James Smith is an American talent agent and former musician and songwriter. He is best known as a co-founding member and the former drummer of the rock band Panic! at the Disco. He recorded four studio albums with the band: A Fever You Can't Sweat Out , Pretty. Odd. , Vices & Virtues , and Too Weird to Live, Too Rare to Die! . The band's debut album went triple platinum and charted at No. 13 on the US Billboard 200, spearheaded by the hit single "I Write Sins Not Tragedies", which peaked at No. 7 in the Billboard Hot 100.

Other Resources About Spencer Smith