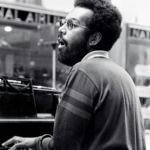 Why Is Stanley Cowell Influential?

According to Wikipedia, Stanley Cowell was an American jazz pianist and co-founder of the Strata-East Records label.Early life Cowell was born in Toledo, Ohio. He began playing the piano around the age of four, and became interested in jazz after seeing Art Tatum at the age of six. Tatum was a family friend.

Other Resources About Stanley Cowell

What Schools Are Affiliated With Stanley Cowell?

Stanley Cowell is affiliated with the following schools: