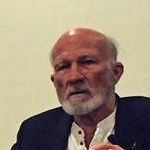 Why Is Stanley Hauerwas Influential?

A prominent public intellectual, Hauerwas is the Gilbert T. Rowe Professor of Theological Ethics at Duke Divinity School, and he holds a joint appointment at the Duke University School of Law. He also holds a chair in theological ethics at the University of Aberdeen in Scotland. His book, A Community of Character: Toward a Constructive Christian Social Ethic (1981), was recognized by Christianity Today as one of the one hundred most important books of the twentieth century.

Hauerwas is known for his articulation and development of pacifism and neo-Anabaptism more broadly, particularly as formulated by John Howard Yoder (1927-1997). He has published and lectured widely, but his signal contribution is perhaps the claim that ethics is more about concrete expression than theoretical abstraction.

Notable works from Hauerwas include The Peaceable Kingdom: A Primer in Christian Ethics, and With the Grain of the Universe: The Church’s Witness and Natural Theology.

According to Wikipedia, Stanley Martin Hauerwas is an American theologian, ethicist, and public intellectual. Hauerwas was a longtime professor at Duke University, serving as the Gilbert T. Rowe Professor of Theological Ethics at Duke Divinity School with a joint appointment at the Duke University School of Law. In the fall of 2014, he also assumed a chair in theological ethics at the University of Aberdeen. Before moving to Duke and the University of Aberdeen, Hauerwas taught at the University of Notre Dame. Hauerwas is considered by many to be one of the world's most influential living theologians and was named "America's Best Theologian" by Time magazine in 2001. He was also the first American theologian to deliver the prestigious Gifford Lectures at the University of St. Andrews in Scotland in over forty years. His work is frequently read and debated by scholars in fields outside of religion or ethics, such as political philosophy, sociology, history, and literary theory. Hauerwas has achieved notability outside of academia as a public intellectual, even appearing on The Oprah Winfrey Show.

Other Resources About Stanley Hauerwas

What Schools Are Affiliated With Stanley Hauerwas?

Stanley Hauerwas is affiliated with the following schools:

What Are Stanley Hauerwas's Academic Contributions?

Stanley Hauerwas has made the following academic contributions: