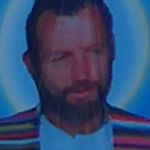 Why Is Stanley Rother Influential?

According to Wikipedia, Stanley Francis Rother was an American Roman Catholic priest from Oklahoma who was murdered in Guatemala. Ordained a priest for the Archdiocese of Oklahoma City in 1963, he held several parish assignments there until 1968 when he was assigned as a missionary priest to Guatemala, where he was murdered in 1981 inside his mission rectory.

Other Resources About Stanley Rother

What Schools Are Affiliated With Stanley Rother?

Stanley Rother is affiliated with the following schools: