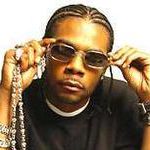 Stephen Ellis Garrett , known professionally as Static Major , was an American singer, songwriter, and record producer from Louisville, KentuckyPlaya. He was a songwriter for several artists, including Aaliyah, Ginuwine, Pretty Ricky, and Destiny's Child.