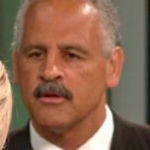 Why Is Stedman Graham Influential?

According to Wikipedia, Stedman Graham is an American educator, author, businessman, and public speaker. He is the long-term partner of Oprah Winfrey. Early life and education Graham was born on March 6, 1951, in the Whitesboro section of Middle Township, New Jersey, the son of Mary Jacobs Graham and Stedman Graham Sr. He is one of six children. He stands tall. He received a bachelor's degree in social work from Hardin-Simmons University in 1974 and a master's degree in education from Ball State University in 1979. Graham played college basketball at Hardin-Simmons, where he was a teammate of high school coaching legend, Tommy Miller.

Other Resources About Stedman Graham

What Schools Are Affiliated With Stedman Graham?

Stedman Graham is affiliated with the following schools: