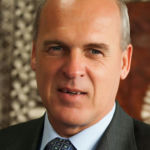 Why Is Stefan Pichler Influential?

According to Wikipedia, Stefan Pichler is a global airline and tourism Chief Executive. Most recently he was President and CEO of Royal Jordanian. Previously, Pichler was the Managing Director and CEO of Air Berlin, served as Managing Director and CEO of Fiji Airways, as the CEO of Jazeera Airways, Chairman and CEO of Thomas Cook AG and Chairman of the Bundesverband der Deutschen Tourismuswirtschaft, as well as Chairman of Fiji Tourism. Additionally, he has held Senior and Executive Board roles as a CCO at Virgin Australia and at Lufthansa.

Other Resources About Stefan Pichler

What Schools Are Affiliated With Stefan Pichler?

Stefan Pichler is affiliated with the following schools: